The company by virtue of 16 years of experience in plastic machinery, formed a design, manufacture, production, sales and service as one of the through-train service. Welcome friends to inquire!

This is the description of Plastic sheet Extrusion Line extruder manufacturers

Qingdao Kechuang Plastic Machinery Co., Ltd. design, production of a double-out of the pipe production line.
A double-out of the pipe production line is the combination of foreign advanced technology developed by the company.
The company's SJSZ45 or SJSZ60 super-double cone screw extruder, with a stainless vacuum stereotypes spray box, in the front of the box for the whole bath vacuum cooling, the latter with high-power water pump And full cone type strong spray nozzle, this design is particularly suitable for high-speed extrusion tube.
The double-pipe production line is equipped with automatic synchronous traction cutting machine, double tube can be adjusted separately, split cutting, but also synchronous control, integrated traction cutting body design, handsome appearance, so that the inner quality and appearance to achieve a perfect combination. 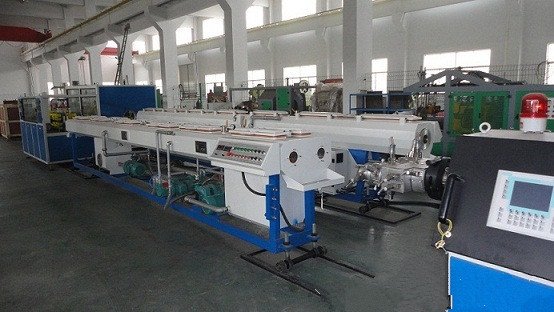 The nose of the shell is generally fixed to the fuselage with bolts on the inside of the nose mold contains a mold base, and then use the nut to be fixed in the nose into the line port, the inside of the mold base is also equipped with The mold core, and the mold core and the mold core has holes in the center, its role for the core wire. According to the different types of pressure, making the extrusion process can be divided into two kinds of continuous extrusion and intermittent extrusion. The former equipment used for the screw extruder, the latter equipment for the plunger extruder. In this screw extruder can by virtue of the number of screws roughly classified as single-screw extruder and multi-screw extruder.
The working mechanism of screw extruder depends on the pressure and shear force generated by the rotation of the screw, so that the material can be fully plasticized and uniformly mixed and formed through the die. Therefore, it is sometimes possible to use an extruder at the same time Mixing, plasticizing and forming a series of processes, which carried out continuous production. In addition, the working principle of the plunger extruder is mainly by virtue of plunger pressure, the first pre-plasticized material is extruded from the die to achieve the molding effect. After the material in the cylinder material is extruded out of the plunger will be returned until the addition of a new round of plastics material and then proceed to the next round of operation, the production process is discontinuous production, and the basic material can not be fully stirred As well as mixing, in addition, the production also need to be pre-plasticized, so in the actual production is usually not often used in this law, can only be applied to very poor mobility or viscosity of plastic, like nitrocellulose plastic this Plastic products forming.
Plastic extruders can be broadly classified as twin-screw extruders, single-screw extruders, and rare multi-screw extruders as well as screwless extruders.
Looking forward to your inquiry for this Plastic sheet Extrusion Line extruder manufacturers

We have received your message, we will contact you very soon.
Oops! Something went wrong please refresh the page and try again.

Extruder in the work how to save energy? 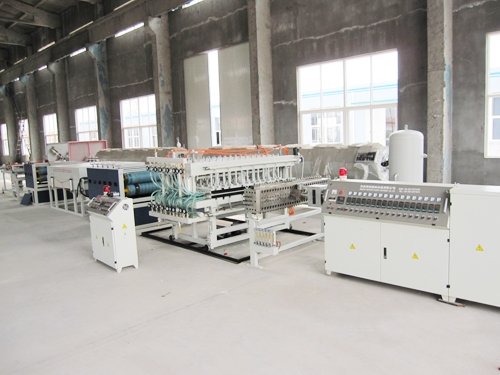